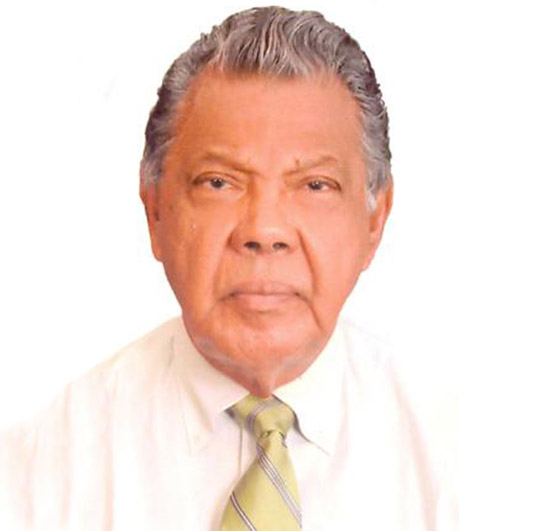 Mr Upali Ratnayake’s professional career began as a First Class trained teacher from the Teachers’ College, Maharagama, to which he went after his Secondary Education at Trinity College, Kandy. He then read for his BA at the University of Peradeniya where his subjects were English, Sinhala & Classics. Later he obtained his MBA from the University of Colombo. He has also a Diploma in Teaching English as a Second Language also from the University of Colombo. His Diploma in International Affairs is from The Bandaranaike Centre for International Studies. He is also a FCPM, a Fellow of the Institute of Certified Professional Manager.

He taught English as a Second Language for a span of 25 years during which he worked in Secondary Schools, Lectured at a Teacher Training, College, engaged in Language Teaching at University level, and then went on an Overseas Assignment Teaching English.

He went into a new profession after his return at the Institute of Cost and Management Accountants which changed its name later to The Chartered Institute of Management Accountants. As he joined he was Manager of the Sri Lanka Branch and subsequently was made Divisional Director and even later elevated to the position of Executive Director Sri Lanka during which CIMA went into its own premises with one large building and expanded with a second large building. Both of which he supervised.

During his tenure of 25 years at CIMA, he was also re-designated as Director South Asia Region, covering the SAARC Region. He served CIMA even after retirement as Consultant CIMA. All this meant visiting 38 countries most of them for professional work. He attended regular Directors’ CIMA conferences in London, Dublin, Kuala Lumpur and Singapore.

He also assisted Informatics Institute of Technology, The Institute of Chartered Corporate Secretaries, and The Certified Management Accountants of Sri Lanka. Later he was invited to be Acting Principal at Wesley College, Colombo which resulted in love and service.

Presently, he is Consultant & Member of the Board at the National Human Resource Development Council.

He is a past President & currently a member of the Rotary Club of Colombo North as well as a Paul Harris Fellow. He has continued to serve the MBA Alumni Association of the Colombo University for the last 10 years. He has been President of both The Trinity College Old Boys’ Association and the Ananda College Past Teachers’ Association both of which he continues to serve. He is also an All Island JP and a Local Preacher of the Methodist Church.